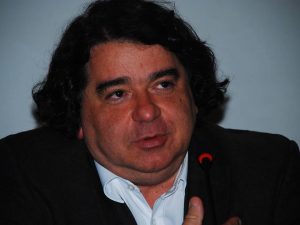 He holds a Bachelor’s degree in Physics from the Pontifical Catholic University of Rio de Janeiro (1978), obtained his Masters in Physics in 1981 and his Doctorate in Physics in 1985, both from PUC-Rio. He is Full Professor of the Physics Department of PUC-Rio and Full Member of the Brazilian Academy of Sciences (ABC). He is currently the coordinator of the area of Physics and Astronomy at CAPES and coordinator of the National Institute of Science and Technology_Surface Engineering (INCT_INES). He was President of the Brazilian Society for Research in Materials (SBPMat) and Co-Editor of Europhysics Letters in the period between 2006 and 2010. From 2011 to 2015 he was Director of the Brazilian Center for Physical Research (CBPF) and member of the Superior Council of FAPERJ. He has experience in the area of Experimental Condensed Matter Physics, working mainly in the study of different forms of nanostructured materials: thin films, nanotubes and 2D materials (graphene and TMDs).